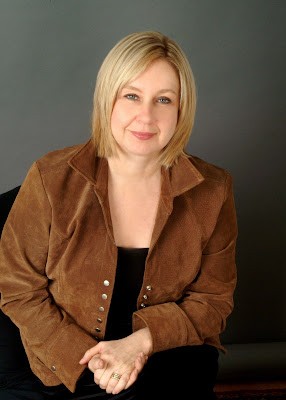 Dr Fiona Blaikie
CANCELLED DUE TO SNOW. NEW DATE: April 19th 6.30-8.30pm Room 5-250 OISE, 252 Bloor St West
This is a visual and poetic inquiry into scholarly clothing as re/presented and lived through the clothed, disciplined/ and/or transgressing bodies of scholars. Through artworks and poetry situated meanings of scholarship and visual identity are revealed and presented. Theoretically, the study resides in the arenas of arts-informed research, social theory on the body, and the social theory of clothing as expressed through gendered clothing choices.

Fiona Blaikie has a Ph.D. from the Department of Visual and Performing Arts in Education at the University of British Columbia. She is a Professor of Curriculum Studies and visual art education. Fiona is an internationally recognized scholar in arts education, with a record of numerous publications and conference presentations, including her recent book Canadian Art/Works: A Resource for Primary, Junior, Intermediate and Senior Teachers. An arts-informed educational researcher, currently her work focuses on social theory of the body and clothing. A practicing artist, her artwork has been exhibited internationally and is held in collections around the world, including the Bronfman Foundation. Fiona Blaikie’s awards and honours include the Canadian Society for Education through Art Affiliate Award for Ontario, and work as Deputy Chief Examiner of Visual Arts for the International Baccaluareate Organization. Currently she is President of the Canadian Society for Education through Art, and a member of the Board of Directors of the Canadian National Arts and Learning Symposium. Fiona Blaikie was an invited member of the Canadian delegation to the May 2010 UNESCO World Conference on Arts Education in June 2010 in Seoul, Korea. She is Professor and Dean of the Faculty of Education at Brock University.
Posted by WIAprojects at 4:53 PM 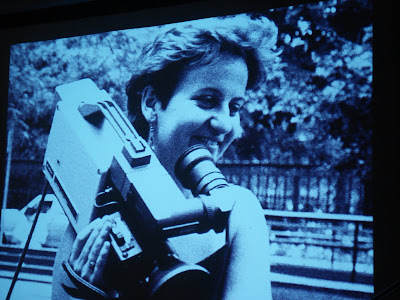 Dr. Marusya Bociurkiw
Review of event: http://mediumonline.ca/2010/10/25/retro-media-activism/
In the years 1972 to 1990, across Canada and around the world, media collectives with utopian names like Reelfeelings, Groupe Intervention Video and Women Alive tried to realize a McLuhanesque vision of a global feminist village. In Canada, they/we created dozens of social issue documentaries and television series’ via community cable TV, producing an ephemeral archive of a vibrant era of political and social change. In this auto-ethnographic project which combines scholarly research and a video essay, I critique the standard Habermassian public sphere formulation of this era and attempt to account for affect. What are the passionate sites feeling that accompanied the enactment of the work and which surely surround its forgetting? Thirty-five years since the forming of the first women’s video collective in Canada, the primary record of this work – the videos themselves – is rapidly disintegrating, and with it, a piece of the intersecting histories of Canadian broadcasting, media art and the second-wave women’s movement. Indeed, there are almost no secondary texts that document or analyze this period. It’s no exaggeration to say that this represents a significant gap in historical memory on several levels: the forgetting of a moment when technology, public broadcasting, and feminist activism merged. This, then, is an archive without archivists, an era without a publicist, a history without a memory. As a participant in this history (I founded Emma Productions), I am attempting to narrativize this history in a way that acknowledges the absence or deterioration of a visual artifact, contending instead with ghosts, feelings, traces of memory and videotape, losses and gains. I am also interested in the dialogue and tension that may occur between historical forms of media activism and current digital platforms for feminist activism. Link to a report on the talk by Dr. Bociurkiw: http://mediastudies.blog.ryerson.ca/
Posted by WIAprojects at 4:48 PM