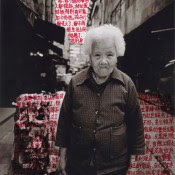 Drs. Joanna Black (U of Manitoba) and Miriam Cooley (U of Alberta) brought digital art created by Canadian high school students to Eksperimenta!, a first of its kind international conference and Triennial Art Exhibition that celebrated secondary school visual art and contemporary art education. This presentation and discussion will focus on women’s collaborative curation, the role of educators, and on  innovation in student work.

Dr. Joanna Black is currently an Associate Professor of Art Education in the Faculty of Education and is cross-appointed as an Associate Professor in the School of Art at the University of Manitoba in Winnipeg, Canada. She teaches visual arts education and new media education at the undergraduate and graduate levels. Her research interests and published works are on the subjects of the virtual visual arts classroom, new media, visual research methodologies, social issues in art education, and digital visual arts pedagogy. She has previously worked as an art director, curator, museum art educator, art consultant, and K-12 teacher for close to twenty years in public and alternative school settings.
Dr. Miriam Cooley is Associate Professor, Art Education and Associate Chair Undergraduate Education in the Department of Elementary Education, University of Alberta, and President, Canadian Society for Education through Art (CSEA). Her research interests include: Art Education, collaborative research, narrative inquiry, aesthetic creative inquiry processes, and aesthetic response to visual aspects of contemporary culture, video and photo installation and documentary film. Her current work-in-progress addresses the visual aesthetics of creative spaces and the dynamics of creative collaboration and learning. http://www.elementaryed.ualberta.ca/People/AcademicStaff/Miriam%20Cooley.aspx
http://www.eksperimenta.net/eksperimenta/concept/canadian-exposition/
Posted by WIAprojects at 7:42 PM

Mesma S. Belsare is described by the New York Times as ëa tour de force, a true act of transcendence and religious immersion’ and by The Dance Current Magazine as ‘a consummate dancer, as mesmerizing as staring into the heart of a fire’. She is a Boston based dancer, choreographer, actor, visual artist and educator and belongs to a generation of young dancers in the South Asian Diaspora who have created a unique niche for themselves in the realm of classical Indian arts, while expanding their repertory in the contemporary idiom. She is formally trained in Bharatanatyam (South Indian Classical dance) and Carnatic vocal by Sri Shankar Hombal and Padmashri Geeta Chandran. Mesma’s work is based on concepts of gender, gender-identity and sexuality and the classical tradition of Nayaki Bhava (the voice of the female protagonist) in traditional Bharatanatyam. Mesma will be skyped from Boston, Mass.

Sylvat Aziz holds Masters degrees in literature and in art. Her studies began in Lahore, Pakistan then on to Pratt Institute, New York, and Concordia University, Montreal. She has exhibited sculpture and painting at Venice; Istanbul; Bradford, England; New Delhi and Lahore, as well as many major public and university galleries in Canada. Her research is focused on problems of representation and the politics of space in early Islamic art and architecture and the influences, conflicts and compromises addressed therein. She currently teaches at Queen's University, Department of Art, Kingston, Ontario. Sylvat will be at the presentation in person.
Special thanks to Cultural Pluralism and the Arts & Jackman Humanities Institute for funding & to Charles C. Smith, Trisha Lamie, Scott Dutrisac, Kevin Wright, Leena Raudvee, Jay Smith and Julie Witt, AEP.
Posted by WIAprojects at 1:30 PM

Come and see work by students from Martingrove Collegiate Institute, TDSB!
Gender Archaeology
Opening Oct 3rd, 2011, 6-7.30pm
Exhibit Runs: Oct. 3-29th
2nd Floor Hallway at OISE, 252 Bloor Street West, Toronto.
Teacher: Christina Yarmol, WIAprojects Intern & Curatorial Assistant: Irena Radic
Christina Yarmol, Head of Visual Arts, Photography, Graphics, Film and Video at Martingrove Collegiate Institute met and paired with Irena Radic a recent fine arts graduate from York University through the WIAprojects teaching mentoring/internship program. Through this collaboration the project “Gender Archaeology” was born. The concept of this project was to get the students thinking about gender and how it relates to work both in and out of the domestic sphere while learning the practical skills of intaglio printmaking. The students were asked to think about how their own lived-experience and those of their families related to work both inside and outside of home. They were to represent the types of work performed using an image or images of tools used in that work. In three panels , they were to represent themselves, and their mothers and fathers or caregivers. The students were encouraged to examine notions of both traditional and non-traditional gender roles and types of work and how this might guide their own lives and those of their families. The resulting delicate images were created on a small scale and show an immense amount of finely detailed line. This intimate format draws the viewer into the compositional space and encourages him/her to ask questions about the tool selections depicted in each print. Delicate Chine collé additions adorn several of the works adding a colorful dimension to these intaglio prints.
Posted by WIAprojects at 7:21 AM

WIAprojects has a very challenging and interesting 2011-12 program (see 2011-12 programming). We have one work-study position now filled by UTSC student Pailagi Pandya who will be assisting with production, curation and design. Jay Smith a work-study student in theatre will also be assisting with the UTSC program. Also new NSCAD grad, Vida Beyer is joining us as a curatorial and production intern and Kayla Barbeau in Education. Eireann Oughton is returning as a production intern as well. So welcome to WIAprojects and CWSE!
We still have sites available for educational interns. If you are applying to the BEd or Masters in Teaching programs come and get valuable teaching experience. We have one slot in elementary (learning through the  arts) and one in secondary (design) education.
Posted by WIAprojects at 6:50 AM 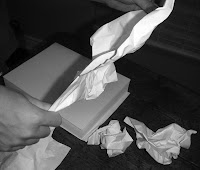